A Tour On Scandinavian Lore (游览北欧信仰)

Forward:
Some Scandinavian folk lores have surprising familiarities in Asian cultures such as Taoist rituals and believes. Bjerstedt has generously devoted some time to compile some Scandinavian folklores that people in SEA would otherwise difficult to come across. Please help me to thank Bjerstedt for this contribution.
-Liew

Saliva
Saliva is considered powerful for magic, especially the saliva you have in your mouth when you wake up. This may be related to the idea that writing and speech has power in itself, but it wouldn't really explain why the saliva you wake up with would be more powerful.

The Northern Direction
Water that flows to the North is considered to be beneficial to your health. A lot of the holy wells of Scandinavia are considered holy solely because they flow to the North.

Runestones
Though runestones are usually considered to be just monuments, they may have been used for some kind of ancestor veneration. Some runestones announce that someone has died abroad, maybe to lead the diseased home. For example, the Gripsholm Runestone (Sö 179) says “Tóla had this stone raised in memory of her son Haraldr, Ingvarr's brother. They travelled valiantly far for gold, and in the east gave food to the eagle. They died in the south in Serkland.” The Nørre Nærå runestone (DR 211) contains the inscription “þurmutR niout kubls” which means “Tormund, enjoy/make good use of the grave mount/monument.”. This is likely connected to the belief that one of the souls of the dead stays in the grave, either to tell him to enjoy the afterlife, or to prevent him from “going again” and becoming a draug.

The Draug are corpses that have come back to life, they are pretty much like zombies. Since the dead are belived to go to an afterlife, this requires a polycentric soul. Sometimes, they wake up from the dead by themselves, but other times, they are woken up by magic. In the Icelandic wizard legends, there are stories about dead wizards being woken up to acquire the magical books they were said to be buried with. There's two talismans (galdrastafir) from this time with accompanying incantations that are meant for waking up the dead, one of which I can't find at the moment.

Galdrastafir are magical signs that are used to make talismans. They are often supposed to be carved into a specific type of wood, and often painted with blood from a specific animal, or blood from a specific human body part. In modern times however, there's reports of talismans meant to be carved on specific materials and painted with animal blood working regardless, so those specifications are either meant for making the talisman more effective by sympathetic magic, or are meant to discourage insincere magicians. Most galdrastafir are meant for pretty mundane purposes such as fishing luck, love and protection from thieves, magic, draug and ghosts. Some stafir are however of a more paranormal nature, such as the aforementioned staves for waking up the dead, or the Hólastafur, which is a talisman meant for opening hills where the elves live. Staves meant for affecting a certain human are normally carved on fish, bread or cheese. Most love spells, healing spells, and the fart curse and vomit curse are meant for carving on food. (Those last ones
are exactly what the sound like. The fart curse is meant to be carved on white calfskin, painted with your own blood and then have an incantation recited over it. I've read a testimony of a guy who carved it on a piece of cheese, recited the incantation over it, put it on a piece of bread and ate it. He was never going to do that again, he said.)

Galdor
Galdor are a form of magic songs/incantation, but in modern Icelandic, I'm pretty sure galdra means to use magic in general. These were likely sung in a very high pitched voice, since the word is related to the modern Swedish “gala”, which means the noise a rooster makes. I theorize that the practice of galdor is related to kulning, which you can hear on this link.

Rowan wood
Rowan wood is in Scandinavian magic considered a good protective wood, it's also
used for other magical purposes, such as for carving the aforementioned Hólastafur. In Skáldskaparmál the rowan is called “the salvation of Thor” because Thor once saved himself by clinging to it.

Iron
Iron is considered protective against evil spirits and trolls. 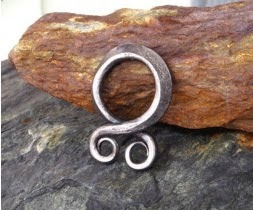 There's a form of amulet called the trollkors that is supposed to be made of bent iron. Though it's commonly believed to be an old type of amulet, it was created by the blacksmith Kari Erlands in 1993 after a symbol she had allegedly found carved inside her family's old barn.

However, about a decade or so ago, two rattles, meant for warding off unwanted
prescenses during blots, ceremonies and assemblies, were found in Gällivare. They have items hanging from them that resemble the trollkors.

"Ranglestav" or iron rattler may be used in warding off evil spirits.

Thursday
In the Scandinavian magic, the gods and spirits are thought to hold their things (assemblies) during Thursdays.

Vårdträd
These were usually the biggest tree on the farm. Just breaking leaves on it was considered bad luck. It was commonly believed that the tomte of the farm lived
under it, and libations of beer and milk was poured on the roots of the tree, usually on a Thursday. My family has a vårdträd on the family farm, but judging from photos from the early 20th century, it's likely planted in the late 19th century, making it likely that it was just planted for decoration, and that it has never been given offerings. You never know though. It has been dying from an infestation from years, but it has survived longer than expected.

A spirit, usually depicted as looking pretty much like a garden gnome, that are sometimes said to live under the vårdträd, and sometimes to live under the house. They are often considered to be the man who first cleared out the wilderness and established the farm. There are stories about them helping the inhabitants.

My sister claims to have seen a tomte once, and that happened at the house my family normally lives in that isn't a farm, but a house built in the 70s, and no one has even died in there, but I guess those houses can get a tomte too under certain circumstances.

Halmkrona/Oro/Himmeli
The halmkrona, oro, or himmeli, is a form of hanging sculpture made from straw.
It's considered to both protect, and it's also believed by some that they can house the ancestor spirits.

Kronstång/Stackarebjälke
In the Nordic countries, hospitality is (or at least was) a great virtue. But when you let hobos in, they weren't allowed to pass the kronstång/stackarebjälke, which was a symbolic barrier that parted a room.

Crimes that were committed within it was also punished harsher than those that had been committed outside it. There's no evidence of the kronstång having any magical uses, but I've found the idea of using it as a barrier to ghosts and spirits a very interesting idea. 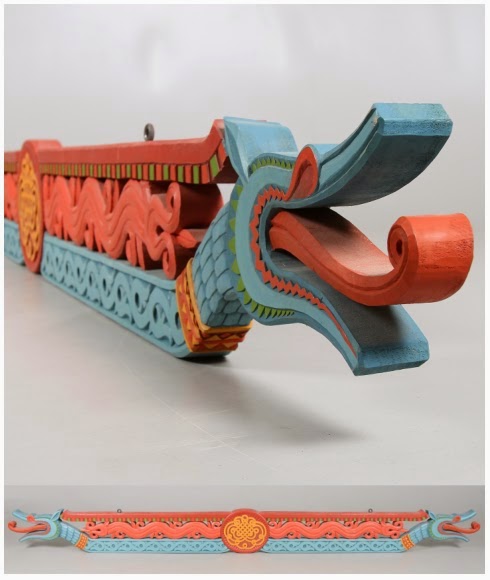