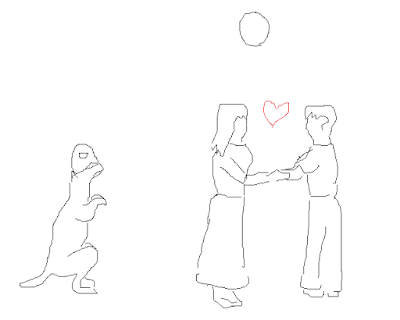 He met his soul mate at night never thought she could be ...

This is perhaps the modern version of '聊斋' or classical Chinese strange stories. This case happened to to my brother in Maoshan Taoism. Let's call him Eric for his privacy and my personal safety...

Eric was my senior in Maoshan school who has engaged in Maoshan magic much longer than me except that he only specialized in Maoshan while I learnt almost all schools of magic that I could put my hands on. So, Eric used to be very proud of his Maoshan magic and he vowed to spend remainder of his life in Maoshan in China though I doubted he meant what he said very much.

Anyway, Eric was already at his 40's and I was in 20's then. I liked to visit Eric's place because he has kept many curios such as antique furniture, porcelain plates etc. The one fascinated me most were actually his Maoshan magical items. He had many human skulls too for his 5-ghost rituals; and many spares to be sold to other sorcerers.

So said, Eric was still single and strangely speaking, the quite well to do Eric has no luck in his love life. He had a 3 year old bitch to keep him company. The bitch was very protective of its master too. It would bark furiously at strangers and I was quite scared of this bitch but as I got more acquainted to the bitch, it started to show lesser hostility.

One day Eric told me that he started to date a fair lady by the name Rose and they could only meet at night after Rose had finished her work. Eric's love affairs went on for 6 months or so and I kept instigating Eric to introduce his newfound girlfriend to me and the rest of the Maoshan brothers but Eric kept giving excuses that Rose was busy with her work.

A few weeks later, Eric had to travel to China to make some business dealings. So he entrusted me to temporarily take care of his home and his beloved bitch. I was happy to obliged as I could look see at his curios.

One evening, I was at Eric's place again and heavy rain started to fall. So I thought I would just spend a night at his house. No harm done I thought and perhaps Eric don't mind either. He had an antique opium bed made of rosewood that I like to lie on.

The rain halted around midnight. Since it was around 15th day of Lunar Month, the moon was extremely big and round in the sky. As I laid in the bed I stared at Eric's bonsai plants in his garden through a glass sliding door while trying to sleep. Unintentionally, I saw Eric's bitch was pushing a human skull with its nose and after a while, it started to wear the skull on its head and after that the bitch stood with its hind legs while it held together its hind legs as if in prayer's position. Looked like the bitch was performing some kind of moon worship.

This is not a surprised to all Taoists as it is known that some animals of intelligence such as foxes, dogs and even snakes can do such a thing if a human skull is available. I was quite surprised to see Eric's bitch could done such a thing... perhaps it has mimic what Eric has done as one of the Maoshan rituals to absorb moon energy.

I watched attentively at the bitch until it finally lowered its fore legs and pushed the skull away. I kept what I saw to myself and pretended nothing had happened.

Eric returned about a week later and he was happy as his business dealings were also went very smoothly. As a sign of gratitude, he invited me to his house again to have a simple dinner while introducing Rose to me.

I agreed but while Eric was tending to his bitch, I quietly went to the place the bitch hid the human skull. I retrieved the skull and put it inside of a wooden cabinet outside of Eric's house.

Two days later, a few of Maoshan brothers and I went to Eric's house according to invitation. Everything was set and dishes were served on time. Everything was ready but Eric's newfound girlfriend Rose was no where to be found still.

Eric was anxious and his bitch was restless in the compound as if searching for something...

Needless to say the dinner had to start without Rose. Everyone hesitantly finished the dishes and made excuses to leave in view of apparent bad mood. Of course, I had no courage to tell Eric what I suspected of his bitch.

I visited Eric again during Chinese New Year and his bitch was no more there instead another lady was there. He introduced the lady as his fiancee, May. Eric said that his bitch died a month ago without any apparent reasons. It just refused to eat its favorite food and the condition of it aggravated when May came into the house.

Now Eric has abandoned Maoshan magic all together and he only wanted a normal life. Last time I heard Eric has converted to Christianity.

Perhaps I have done Eric a favor by hiding the skull from his bitch. I can't imagine what would happen to him if he mated with Rose... or should I say the bitch!