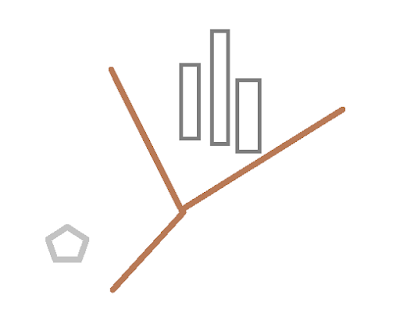 The dragon arrangement formula indeed has some important practicality.

A few years back I was invited to audit a mansion which was located near a cross road, and there were a few high rise buildings opposite the junction. The owners then were the third generation, all of them has scattered over Europe and USA.

It was Mr. Tan who was the property trustee invited me to perform the audit because the owners wanted to have a quick choice whether to keep the mansion for future or to sell off the property. The prerequisite on making a decision was based on if the building was still useful to keep. Of course whatever the outcome was, the rich guys will have their own minds since the place was a prime area that worth a fortune. Good or bad Feng Shui will not affect the price of the premise.

On opening the compass, found that flying star 2 which is a stick star dropped at the road junction. Further analysis of dragon arrangement found the coming dragon was a 'broken dragon'. In addition, a groups of buildings with different heights resembled the shape of a 'broken dragon' added to the destructive force of this broken dragon.

According to theory: a broken dragon can cause bankruptcy and loss of lives. So I told Mr. Tan frankly: "Unless this building is demolished, no one should stay inside or else there shall be dangers."

Mr. Tan nodded and replied: "Thank you for giving us a swift choice. Indeed, the owner was once a rich merchant who broke after moved into the building because of great depression. This mansion was converted into hotel, brothel, shelter for homeless and vacated until today."