Etiquette Of Using An Umbrella 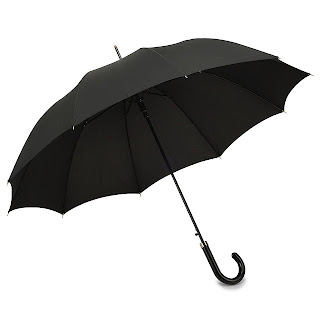 There is much etiquette in using an umbrella in Chinese culture. This type of practice is long scorned off by the younger generations, so I thought I will do the old Chinese custom a favor and list down some of the unwritten rules:

1.      Red umbrella is used in conjunction with raw rice on wedding day to ward off evils. The raw rice represents the armies of gods to chase away evil entities that may harm the newlyweds.


2.      A black umbrella is used in soul retrieval ritual. The Chinese believe that lost souls cannot cross rivers, seas, bridges or even state boundaries. So if a person died in a foreign land, and his soul is to be brought back to its homeland; then a black umbrella is used to house the soul until it reaches its destination.


3.      A black umbrella is used during a funeral service is to give shelter to the deceased soul from the sun light and rain waters.


a.       Avoid of opening an umbrella indoor, especially facing the Southwestern direction (the earth gate). If anyone do this in the middle of the night would be asking for problems.


b.      Avoid sharing an umbrella with individual of the same sex as that would only create confrontation and quarrels amongst friends.


c.       Avoid picking an umbrella of unknown origin as that would only invite an unknown spirit into your house.

Believe it or not, breach the custom at your own risks. Ha ha ha :D
Posted by Unknown at 8:52 AM