The Legendary Queen Of Jembal 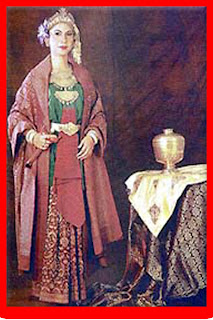 Che Siti Wan Kembang is the legendary queen regnant over a region in the east coast of Peninsular Malaysia, which is now encompassed within Kelantan state. She is believed to have ruled from 1548 to 1580, while other accounts state that she ruled in the 14th century.

Che Siti was famous for her beauty and wisdom. According to one account by the famous Muslim traveller Ibn Battuta, who visited Siti Wan Kembang in 1345, he was enchanted by her "fair complexion" and "appearance of a Turkish princess". In his records, he identified her as Urduga. This description was said to fit Che Siti as she was of Arab blood and was descendant of the royal lineage of Champa-Kelantan-Patani. Ibn Battuta mentioned in his records that the queen was able to converse in fluent Turkish.

She was also known as a warrior princess and was said to be able to enter battle on horseback with a sword with an army of female horse riders. It was said that she and her adopted daughter, Puteri Saadong had mystical powers. 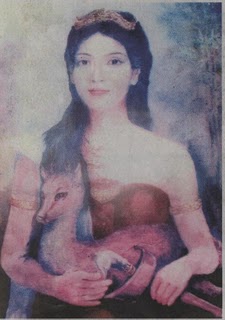 Kelantanese are very proud of their history and the deer generally symbolizes Che Siti Wan Kembang as it was her favourite pet. The current state emblem of Kelantan has two deers which represents Kelantan's rich history which can be traced back to the popular queen.

According to certain historical records, Che Siti Wan Kembang was born in 1585. Her parents were Raja Ahmad and Cik Banun, both of royal lineages. Raja Ahmad was crowned Ruler of Kelantan in 1584.

However, Raja Ahmad died in 1589, when the princess was only 4 years old. Therefore Raja Hussein of Johor was made Regent of Kelantan. Che Siti Wan Kembang ascended to the throne of Kelantan in 1610 AD upon the death of Raja Hussein. She was said to have resided in Gunung Chinta Wangsa, Ulu Kelantan, located approximately 40 km from Kuala Krai.

Che Siti never married, and therefore never had children of her own. She adopted Puteri Saadong as her daughter. Puteri Saadong was the princess of the ruler of Jembal, whom Che Siti had close ties with.

Legend has it that Che Siti never died but instead "disappeared" into the mystical world, and reappears from time to time. After her "disappearance", she was succeeded by her adopted daughter, Puteri Saadong, who was the youngest daughter of Raja Jembal. 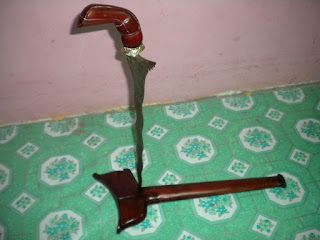 An antique keris said to be related to Jembal royal descendent
﻿
Posted by Unknown at 8:29 AM