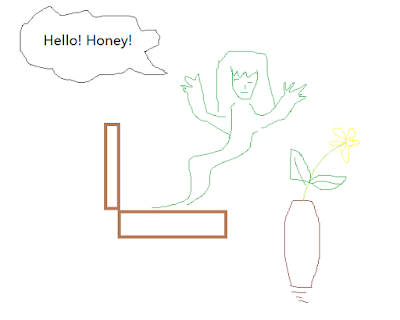 This is my first phantom girlfriend...

Keeping ghosts as pets were a type of black art popular among Taoism followers towards the end of 70's to beginning of 90's. During that 'dark age', telecom were limited to fixed line phones and intranet were limited to only a few households. Somehow ghosts were thought to be extremely powerful those days... Of course, the formidable ghostly influences have reduced almost next to nothing today. Practically no one would intentionally keep a ghost at home purposely... Although I still could see some wondering ghosts attached to Phra Ngan statues in some shops when I walked past in shopping complexes.

It was in mid 80's when I start to dabble with Maoshan (茅山) magic. At the beginning, I wasn't very fond of ghost keeping (养鬼) but other than ghost magic, three were practically nothing I could learn... After all, most Maoshan rituals utilize ghosts as agents.

I roughly played with Maoshan ghost magic for about 10 years or so until I switched to Thai magic and others. My first ghostly girlfriend was Mei Lin. I bind Mei Lin's ghost in front of her grave and kept her until I started sailing.

Mei Lin's ghost was kept in a small wooden coffin as she would normally stayed there until I summoned her for food offerings or when I have something to do, then I would bring her along with me too.

For the first year or so, Mei Lin stayed very quiet and I hardly noticed her presence. As time goes by, roughly after the 7th year, Mei Lin start to materialize in front of me at night, she could even move a small stool. Since I offered her chrysanthemums, Mei Lin would emit the fragrance of chrysanthemum flowers when she is around.

Communications with Mei Lin was quite special too. Every time I want to talk to Mei Lin, I would fill up a porcelain plate with water and lower my ear towards the surface of the water. At first  I could hear very fine humming sound. Gradually the humming became clearer and the sound of a lady could be heard.

Mei Lin was quite helpful to me as she has helped me to avert a lot of fatal accidents that is the reason I have kept her until I wasn't able to take care of her anymore. The other problem with Maoshan ghost magic is that if the owner failed or forgot to release his ghosts, he/she will find difficulties in his/her dying process. Blood would come out from the owner's nostrils and eyes.

In order to prevent I forget to do so at a later date, I released Mei Lin's ghost by taking its small coffin into a jungle and left it there. Although I was a little reluctant to do so, no one would take care of Mei Lin during my sailing time. That was a difficult choice as my other ghostly girlfriends weren't as good as Mei Lin.

During that time, I also bound a few more female ghosts. At the peak of my 'ghost girlfriend collections'; I had around 11 female ghosts. Among those ghosts, 4 of them were from a musical group which were from the South.

Those ghost girlfriends of mine would sometimes appear at the backseat of my car, sitting beside me while I watched TV and they even sleep in my bed while I was sleeping...

All those wasn't a problem to me as I know what I should do; not so to my late dad. When he came to visit my place during one of my off days and spent a night there. During the middle of the night when dad visited the toilet, he suddenly shrieked in panic.

I rushed to see what was going on and bumped into dad. He said there was a girl in the toilet saying: "Hi!"

Of course, after the incident; I released all of my ghost girlfriends for good for the sake of my parents and anyone who visited me. A year lapsed and I start working at sea and releasing those phantom girlfriends proved to be timely. Somehow I have not returned to 'collect' ghostly girlfriends... Instead, I start to collect jinn. Since jinn require less maintenance, I have abandoned Maoshan ghosts altogether.